“There’s a lot that goes on when a person goes to bed and falls asleep. Much of what goes on is positive, but there are many sleep disorders that can have a negative impact on our health.”

When You Sleep (and Snore, and Grind Your Teeth)

There’s a lot that goes on when a person goes to bed and falls asleep. We know that sleep is good for our health, and we know that it impacts our moods, hormone levels and weight. Otherwise most of us have no idea what the body gets up to while we’re at rest. Much of what goes on is positive, but there are many sleep disorders that can have a negative impact on our health.

Common Sleep Disorders
Sleep disorders are common across much of the population. One that is particularly prevalent, and can have a serious impact on the health of the body, is sleep apnea. Sleep apnea is when nighttime breathing becomes shallow, and stops for a moment before resuming, often with a loud snort or jerk.

Types of Sleep Apnea
There are main types of sleep apnea, including:

Obstructive Sleep Apnea
The disorder’s most common form occurs when throat muscles relax and the airway becomes partially obstructed, making it harder to draw air into the lungs.

Sleep Apnea Symptoms
Individuals experience sleep apnea symptoms for themselves, or have them reported by a partner or housemate:

Snoring
Snoring during sleep may be a sign of obstructive sleep apnea. While not proof of the disorder, persistent loud snoring is a convincing signal. Snoring happens when air moving through the airway during sleep is obstructed, causing the respiratory structures to vibrate. Snoring is sometimes soft and gentle, but in most cases it’s loud and unpleasant. If a partner or housemate insists that your snoring is particularly bad, get checked out by your doctor.

Bruxing (Bruxism)
Bruxing, a symptom of bruxism, is when we grind our teeth together. Bruxism is most prevalent with adults at night, though as we age we’re more likely to brux during the day. Bruxism is another common disorder, with up to 30% of the entire population grinding their teeth chronically at some point in their lives. The problem with bruxism? Our muscles of mastication (chewing muscles) can exert as much as 250 lbs per square inch of pressure when clenched. This makes for wear on the teeth that can lead to tooth sensitivity, gummy smiles (tooth recession), root canals and in severe cases, tooth loss (as you can see in the example images). Worse still, because bruxing often happens while we sleep, there isn’t much we can do to control it. Patients with severe bruxism must wear a night guard to protect against tooth wear. Otherwise, rehabilitating and restoring severely worn teeth is complicated and costly. Hover over Example E to see how a worn case was treated in our office. Although treatment can be done, it’s much easier to prevent than treat. Ok, fine, we know about a few sleep disorders, but what’s the hook? 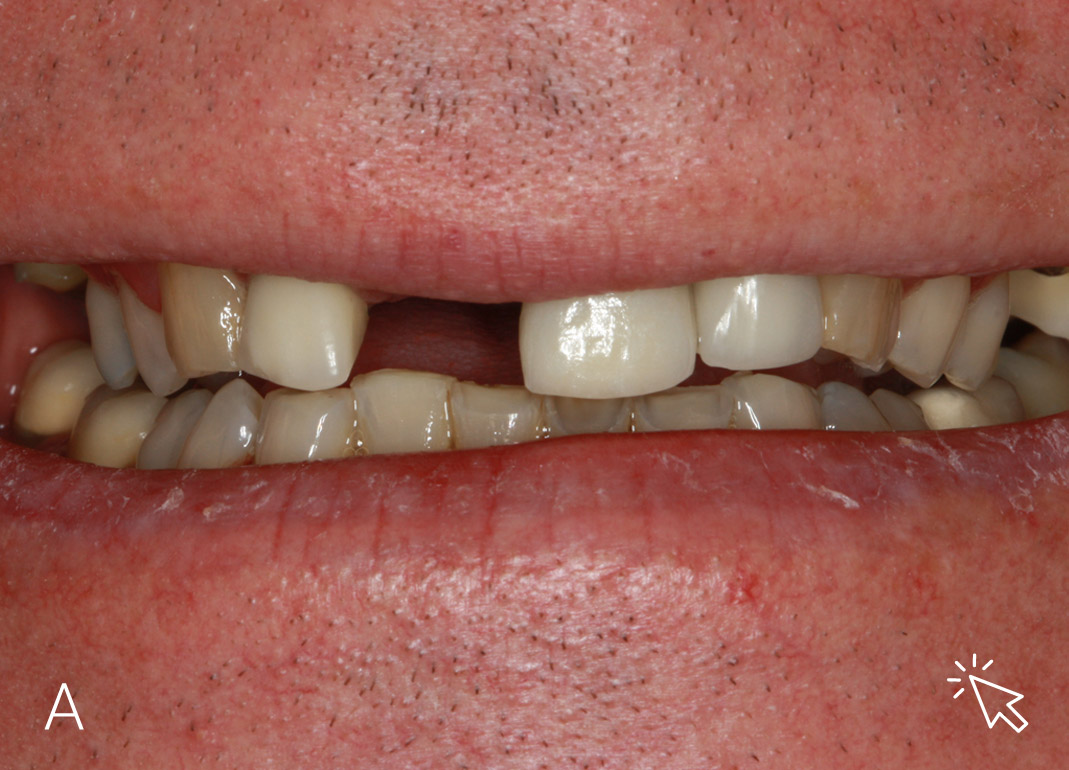 EXAMPLE A. HOVER OVER IMAGE FOR SMILE TRANSFORMATION 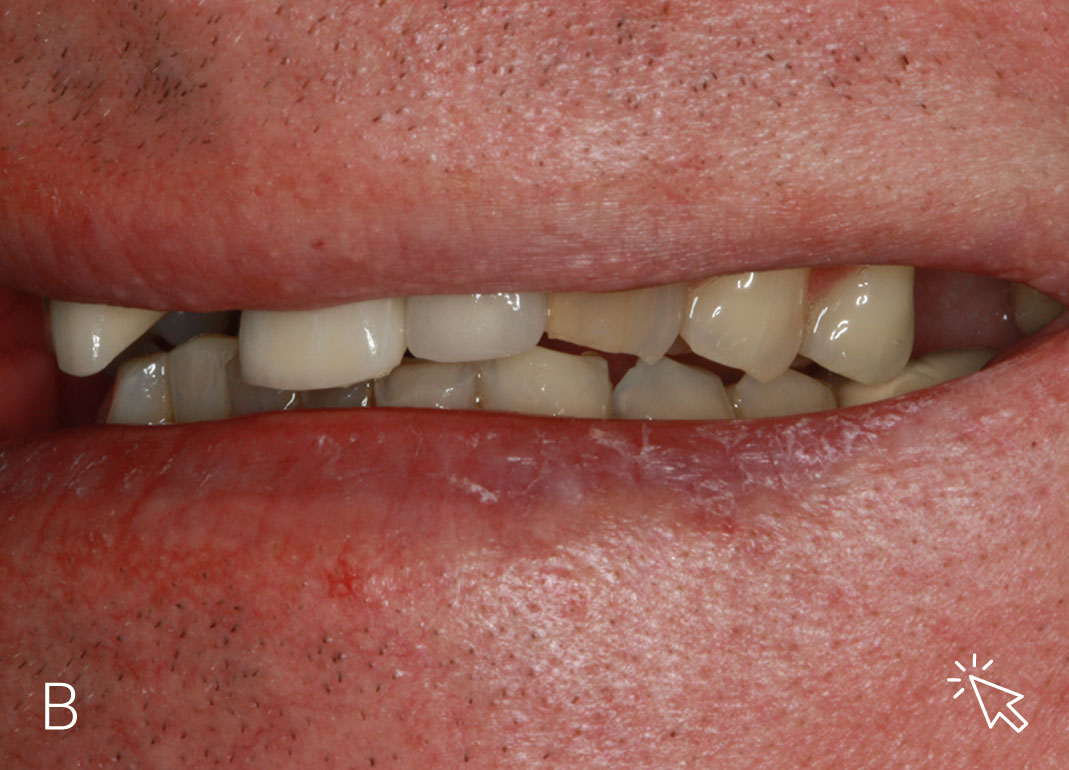 EXAMPLE B. HOVER OVER IMAGE FOR SMILE TRANSFORMATION 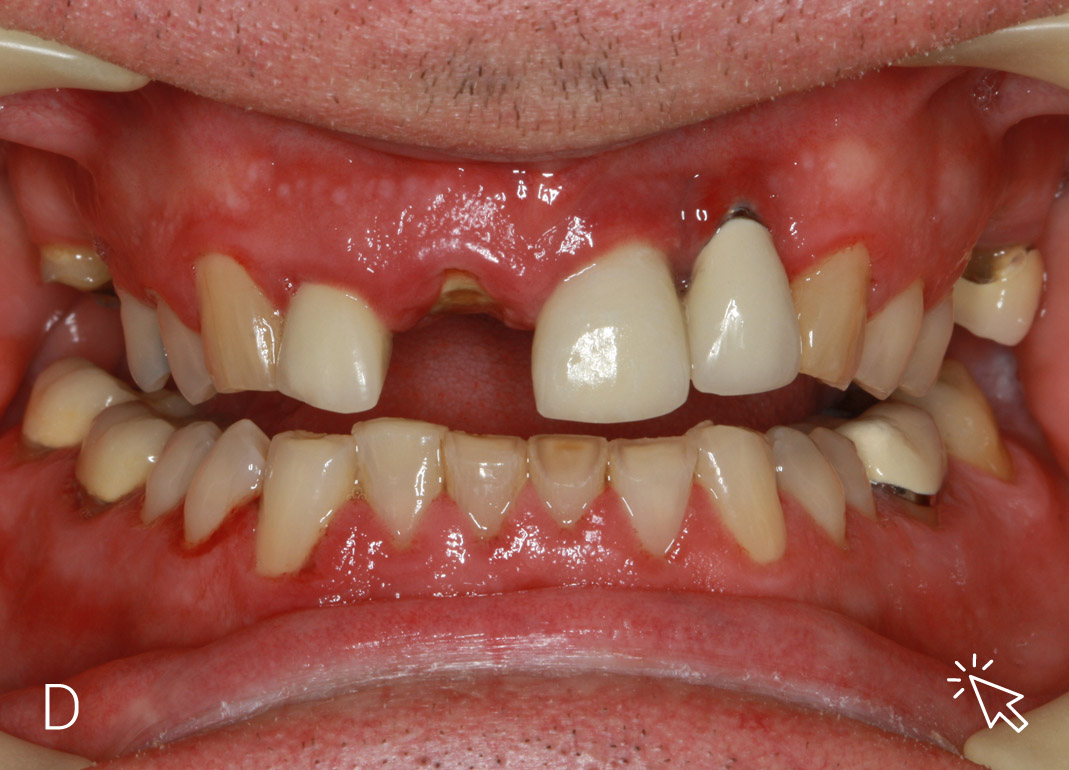 The Link Between Sleep Disorders
Research shows a relationship between momentary microarousals at night. These are caused by low amounts of oxygen getting to the brain (i.e. sleep apnea and snoring), and periods of night time grinding (i.e. bruxism). The latter occurs because of spasms in the muscles of mastication that move the jaw forward in a subconscious attempt to open the airway to deliver more oxygen to the brain. Knowing that you may brux at night (waking up with a tight, sore jaw), and being aware of potential sleep apnea symptoms (snoring, among other primary symptoms) can point to a serious problem. If you aren’t sure whether you brux or not, ask your dentist. He or she can look at the wear patterns your teeth, and let you know if bruxism is a possibility. If you snore at night, ask your doctor to refer you to a sleep clinic so that you can rule out sleep apnea. Paired together, sleep apnea and bruxism can be far more serious than a bit of tooth wear. Being intentional about self monitoring for symptoms of these disorders (as well as accepting a bit of criticism on your nighttime habits) may have a very real impact on your health.

Diabetes and Oral Health: A Surprising Connection
Scroll to top